The Sage-Grouse Research Collaborative (SGC) was formed in 2010 through the National Wind Coordinating Collaborative (NWCC) to coordinate studies examining the potential impacts of wind energy development on sage-grouse across their range with the goal of informing wind development and sage-grouse management strategies. The SGC was overseen by an Oversight Committee, which included representatives from academia, state and federal agencies, conservation organizations, and wind developers. View an NWCC fact sheet that provides an overview of knowledge on greater sage-grouse ecology, status, conservation challenges, and current conservation efforts, and presents a summary of recent research findings on the interactions between sage-grouse and wind energy development.

The Collaborative thanks the funders of the work, including: 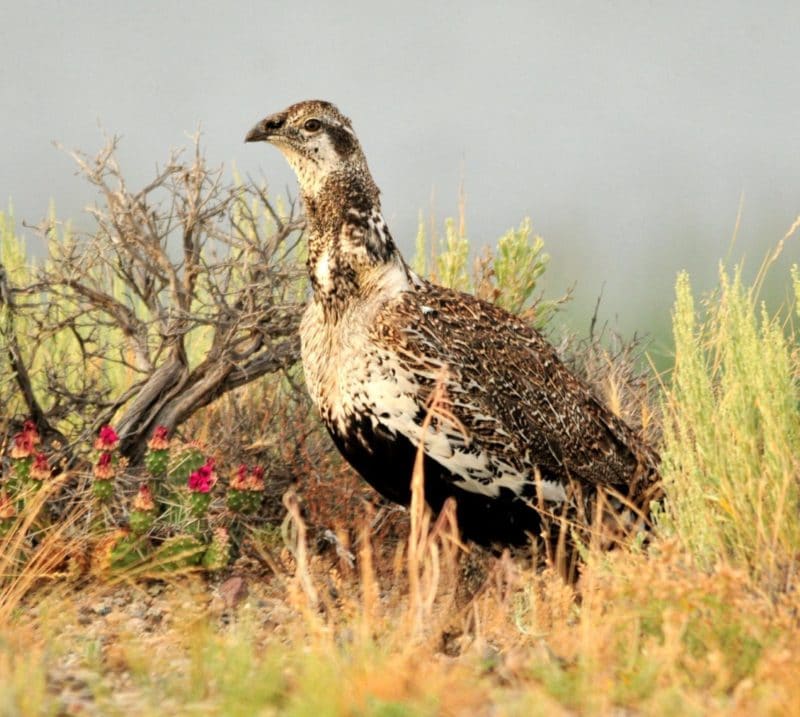 The National Wind Coordinating Collaborative (NWCC), formed in 1994 and retired in 2020, was initiated and funded by the U.S. Department of Energy (DOE) and the National Renewable Energy Laboratory (NREL); AWWI facilitated the NWCC from 2012 until 2020. Learn more.